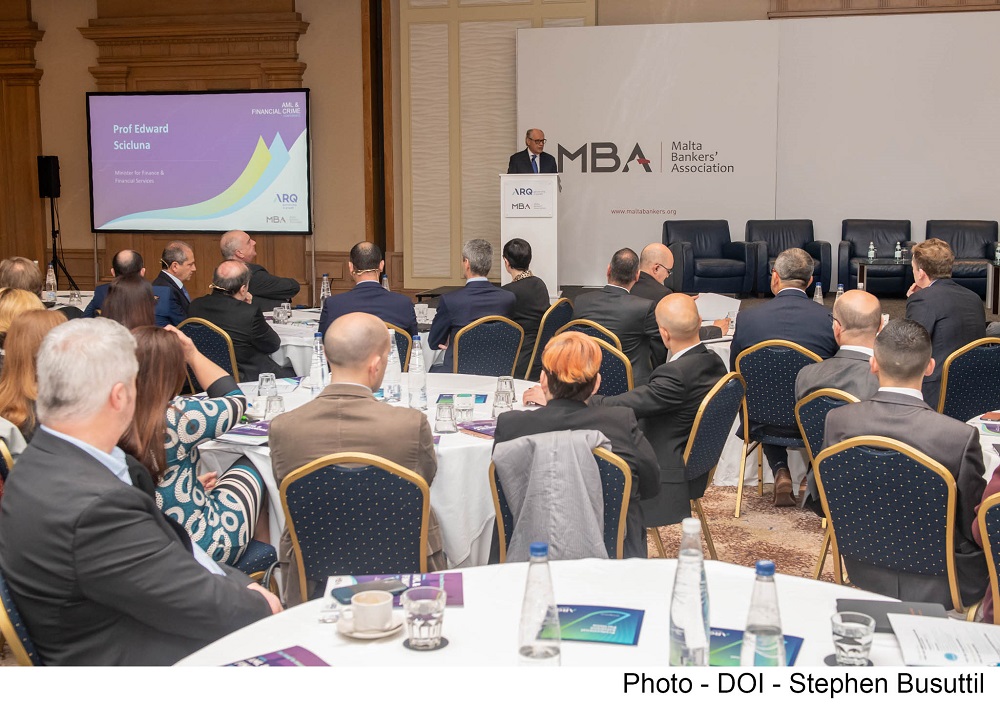 Minister for Finance and Financial Services Edward Scicluna delivered the opening speech at the Anti Money Laundering and Financial Crime Conference, organised jointly by ARQ and MBA and entitled ‘The Road to Meaningful Reform’, which was held at Westin Dragonara in St Julians.

The Minister stated; “I cannot stop my mind going back to the past in order to answer a fundamental question: ‘Who are we – really? Us Maltese?’ Because we really need to understand the driver, who is expected to drive up the road to meaningful reform – and that is us. At stake there is our credibility – the rest is detail.”

The Minister highlighted the journey so far; “We committed some foolish mistakes, like going for an offshore financial centre in 1989, the same year the G7 set up the FATF and the OECD started work on defining ‘harmful tax competition’. But we were very quick to correct that mistake, as 1994 saw our switch to ‘onshore’ legislation with the set-up of MFSA while complying with OECD and EU requirements, which permitted us with our successive applications to join the EU.”

The Minister commended the sterling work carried out by the authorities’ regulators and stated, “My strong belief in the regulatory institutions and the officials who populate it is borne by experience. However, I am also aware that institutions need to be reformed from time to time to meet the changing exigencies.”

He emphasised that change and reform were necessary: “What was acceptable then is no longer acceptable today. The bar has been raised significantly, and so must our own institutional standards. More importantly, credibility relies on effectiveness.”

Minister Edward Scicluna concluded; “I am confident that we are on the road to implementing a meaningful reform.”

Source: PRESS RELEASE BY THE MINISTRY FOR FINANCE AND FINANCIAL SERVICES