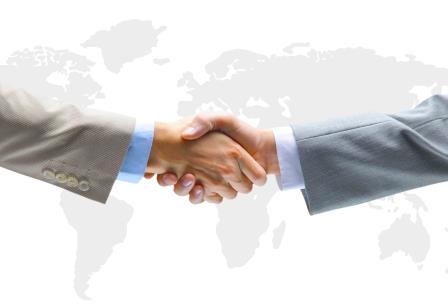 Malta is one of the few jurisdictions that cater for both trusts and foundations. While trusts are peculiar to systems of law based on common law and are not generally found in civil law countries, Malta, a civil law country, is an exception to this rule.

Built on the key concepts of certainty, security and confidentiality, Malta’s EU membership makes the country an attractive location for the establishment of trusts. It gives high-net-worth-individuals (HNWI) the peace of mind that comes with a highly regulated environment that remains faithful to the original concept of a trust.

As a reputable trust jurisdiction and with the number of authorised trustees increasing every year, Malta introduced new amendments to its trust law in 2014. The updated law brings Malta in line with international developments and more importantly saw the introduction of the Private Trust Company (PTC), which offers interesting opportunities to HNWIs and families who favour tailor-made trustee solutions.

The country hosts both international top-tier firms as well as various boutique firms, both local and foreign, that assist with the establishment and administration of trusts and foundations in Malta. Protecting and enhancing the value of assets is increasingly important amidst the ongoing market volatility, and Malta trusts and foundations are an ideal financial instrument for those seeking solutions to their wealth management requirements.

Maltese law caters for all the main types of trust normally found in traditional common law jurisdictions such as:

Trusts have been established in Malta since 1988, however, the law governing trusts has in recent years undergone major changes. The Maltese trust laws were originally adapted from the 1984 Jersey Trust laws but were updated in 2004 under the new Trusts and Trustees Act. This law makes Malta one of the only countries to successfully incorporate the Anglo Saxon Trust concept with its Roman law based legal system. This new system has accelerated the process of setting up a trust by allowing the creation of customised solutions for each individual trust set-up making Maltese trusts an attractive solution to personal and business needs.

Malta’s trust law also allows settlors to establish trusts governed by a foreign law, and foreign trusts are fully recognised. The country not only recognises trusts created voluntarily and evidenced in writing as required under the Hague Convention, but also recognises any other trust of property arising under the law of another country, meaning that even constructive or resulting trusts arising under foreign law will be recognised and enforced in Malta. Maltese law ensures that rules such as the forced heirship rules only apply in cases where the settlor was domiciled (given the Anglo-Saxon interpretation) at the time of creating the trust. Accordingly, foreign investors seeking to use the Maltese trust to streamline their assets or organise their estate need not be concerned about the Maltese public policy rules.

In Malta, a professional trustee and a foundation administrator have to be licensed by the Malta Financial Services Authority (MFSA). This system ensures that certain standards are met and provides settlors with a higher degree of assurance. The MFSA has already licensed some 130 Maltese and international fiduciary companies to offer trust and trustee services in the country, including Maitland Group and Bentley Trust, proving this is a rapidly expanding segment of the financial services sector.

Another key attraction Malta offers for those considering where to set up a trust is its significantly lower set up and administrative costs. On average, setting up a trust in Switzerland will cost a minimum of €5,000, while in Malta the cost of setting up a fully-fledged trust is around €1,500. Professional fees in Malta, including trust management fees, legal fees and audit fees, are also significantly lower than in other jurisdictions, while the country’s professional classes enjoy an excellent international reputation.

Maltese regulation also envisages the possibility of setting up a trust by notarial deed whereby the trustee is a family member of the settlor or someone who the settlor has known for at least 10 years. This procedure is supplemented by the role of the depositary notary who supports the lay trustee. This mode of setting up trusts is particularly attractive for smaller scale trusts where settlors opt to charge a trusted family member or a person they have known for a considerable number of years with the all-important function of the trustee.