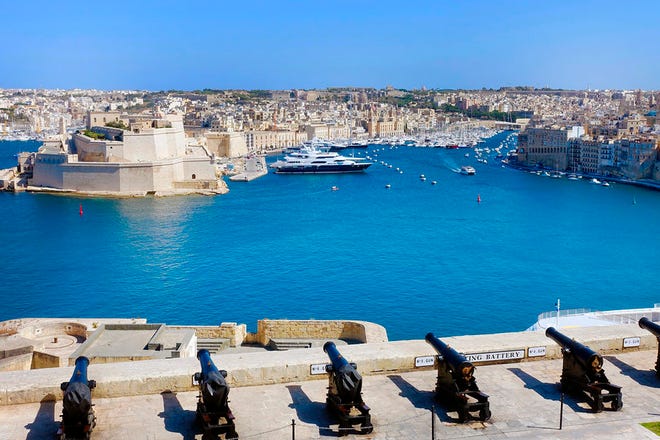 Malta is a small island nation located in the Mediterranean Sea just south of Italy with a population of about 450,000. For a small country, Malta has a lot to offer, and not just for the millions of tourists that visit each year. The country also boasts a well-established insurance sector operating for both domestic and international clients.

Malta established its captive insurance market in 2003 and as of 2019, it was home to 62 captives.

Being a member of the EU, Malta is entitled to EU single passport right, which means any captives that are based in Malta, can provide insurance in the other EU/EEA member states using their Maltese license without having to apply for a separate license in each of their chosen countries.

However, like all EU members, Malta has to adopt and follow the Solvency II Directive, an EU law that codifies and harmonises the EU insurance regulation, which came into effect in 2016. The directive is the first common supervisory framework in the EU and sets global standards. It sets the basis for the integration of the single market for insurance in Europe.

The system is based on a forward-looking and risk-based approach, requiring the highest risk management standards and active monitoring and steering of the risk an insurer is facing. It ensures fair competition and consistent consumer protection across the EU and allows insurers to provide their product cross-border.

However, Solvency II has added a lot of complexity to the process and structures of companies and supervisors, presenting a significant regulatory burden. Which is why the current Solvency II is under review. The EU launched a consultation on Solvency II review earlier this year and will release their feedback at the end of 2020.

However, he suggests initial reactions “seem to be positive vibes, particularly as the review addresses several topics, including aspects of proportionality and better practicality in the regulatory interaction between operators in the industry and the regulator, which should improve things for the typical operator size normally found in the Maltese market”.

Malta’s biggest selling point is its protected cell companies (PCCs) market, this is because Malta is the only full EU member state that has PCC legislation, which came into force in 2004.

A PCC is a corporate structure in which a single legal entity consists of a core linked to several cells that have separate assets and liabilities. The central core organisation is linked to individual cells and each cell is independent of each other and the company’s core, but the entire unit is still a single legal entity. A PCC is sometimes referred to as a segregated portfolio company.

Ian-Edward Stafrace, chief strategy officer at Atlas Insurance PCC, explains that he has reviewed hundreds of enquiries since it came into force most of which intended to directly write to consumers.

He continues: “Potential cells most likely to be feasible are cells with expected premium volumes in excess of €1 million.”

“We have seen smaller exceptions where loss ratios are predictably very low or where the cell is needed for more strategic reasons. The best fits are usually focused on one or a very small number of products with low limits or event exposures and covering short-tail risks, with limited if any liability exposures included,” he adds.

Cell captives will remain popular solutions for captives because of the economies of scale they offer, according to Boffa.

He notes: “Many a time, captives’ main struggle, particularly in the initial phase, is resource requirements, including technical resources.” “Solvency II has introduced very heavy governance requirements which might be very onerous for smaller captives. Cell solutions are therefore ideal as the governance burden is taken care of by the PCC core”, he adds.

Looking at how Malta can keep competitive in the captive market, Stafrace explains that the Maltese government is keen to make Malta a blockchain capital of Europe with the creation of the Malta Digital Innovation Authority and a framework for the voluntary certification of distributed ledger technology and related service providers.

He says: “This intends to offer legal certainty in a space that is otherwise unregulated and touches upon several issues including types of authorisations, legal personality, and the applicability of law on smart contracts.”

Stafrace suggests that with these developments and having full access to the EU single market, cells based in Malta can be “ideal digital insurers”.

PCCs can be seen as sandbox platforms to experiment, incubate, launch and scale new technology-driven business models at a far lower cost and capital than a standalone insurer.

Stafrace adds: “They help break the barrier to entry for new captives or start-up insurtechs unintentionally created by regulation.”

“These are exciting times with the financial services community merging with the tech start-up community to shape the future of the sector.”

Boffa notes that the MFSA has an ongoing consultation process which will result in the issuing of guidelines in relation to technology arrangements, ICT and security risk management and outsourcing arrangements.

He states: “The developments on these guidelines is certainly a topic which should be followed by captives, insurance undertakings and intermediaries alike, as high new governance benchmarks will be probably set.”

The captive market is always heavily influenced by the ongoing realities of the parent companies and the groups within which they lie.

Commenting on this, Boffa notes that the enforced COVID-19 lockdowns across the world have and will continue to have a significant impact on the different markets.

He says: “The captive market will need to adapt to the new realities which will face it moving forward.”

“We are seeing mergers of large international groups and which naturally result in consolidations at the captive level as well, but at the same time mergers are a time of opportunities.”

“The trend is normally for captives to exploit such opportunities rather than shrink operations. This is possibly leading to the trend of captives to look at their parent’s customer base and branch out (or expand) non-pure captive offerings”, he adds.

He explains that Malta’s small size has always meant that rapid adaptation was a “strong point” in its approach to the challenges facing it.

Malta’s future suggests that the country’s reactivity to challenges is certain to mean further growth in the local captive industry, according to Boffa.

The uncertainties surrounding COVID-19 are not expected to disappear any time soon, Boffa highlights that the jurisdictions that are first to adapt to the new realities “will be the ones who can best accommodate the new projects and objectives of the captive industry”.

“On that basis, Malta should certainly be at the top of the list when it comes to the selection of a jurisdiction where captive owners wish to invest in to host their captive solutions,” Boffa concludes.

ESG and insurance: Things to look out for in 2022

How Insurance Can Attract the Talent it Needs

An overview of trade-based money laundering

The role of Internal Audit within the AML Framework

MFSA: Guidance on IT related Arrangements

Plan your future with Bank of Valletta

Realities of Brexit on Maltese Captives